How to Build Wealth by Saving Money 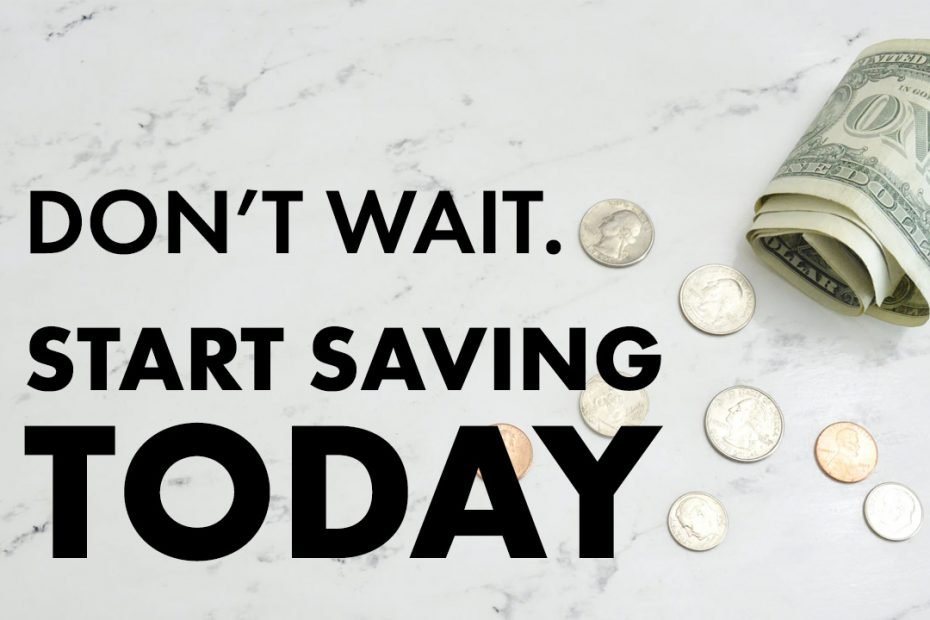 One of the biggest mistakes I made in my twenties was to assume that I would start saving money when my financial situation improved. I want to share my story with you. Hopefully, this article will show you how to build wealth (over time) by saving money.

I got married in my early twenties. I got retrenched about a month before the wedding – fun. As you can imagine, this was a pretty stressful time. We proceeded with our wedding plans, but it would take several months for me to would start seeing an income. My wife was in the last year of her nursing degree. She was earning a student salary, which came to around R5000 or $286 per month. With that quaint salary, we needed to pay our rent, buy groceries, and make sure my wife had enough petrol to get to university, the hospital she worked at, and back home.

To say that we were spread thin would be a massive understatement. I think Bilbo Baggins said it best in a scene of the Lord of the Rings: The Fellowship of the ring.

“I feel thin, sort of stretched, like butter scraped over too much bread.”

This situation left us with little wiggle room to do much, let alone save money. I would often snark and get upset at the very thought of saving money. We were too busy trying to survive. There was no time or mind space to think about our financial future. Or so I thought.

The truth is, I was afraid. Confronting the situation felt daunting. I didn’t know what to do. I told myself that we would start saving when our financial situation improved. Instead of worrying about saving money, I thought. Let’s focus all our energy on improving our financial status first. We will start putting money away soon, but not right now.

Light at the End of the Tunnel

After months of job searching, finally, I got a call from a company. It was a construction company. The needed a QA/QC clerk to help manage their quality assurance documentation. My qualifications fitted the bill – I got the job!

I started at my new job and was earning a very decent entry-level salary. You would think that this was it. It was time to start saving and putting money away for a rainy day. Maybe even start putting my money to work by investing it. Truthfully, I wish this was the case. I finally had some cash to spend. Now was the time to live a little, you know? Enjoy the fruits of my labor. Oh, I will be saving for my future, and yessiree, I will most certainly be investing too. I mean, I have my whole life ahead of me, right?

A few months went by, and my wife and I were working hard. We decided to build up our nest a little bit. We still were pretty credit-averse, but we weren’t putting anything away. If we did, and an opportunity came up to go on a week-long vacation, we would check our bank balance, see some funds, and use it.

While this was fine, we never really had an idea of what our money should be doing. Maybe we were doing enough? Perhaps we weren’t? Who knows.

A couple of months at my job, I got called into my boss’s office. He was skimming over my resume and had a couple of pieces of paper in his hand. “Was I in trouble?” I thought. It turns out my boss needed another employee to handle some extra work that came up. It was work that fell outside of the overall scope of the job. Interestingly enough I was qualified to take on the role. And my boss remembered seeing my qualifications when we had a chat in my initial job interview.

And just like that, I was promoted. I was thrilled.

With my promotion came three times the amount of money I was currently earning. Surely, now would be the opportune time to start investing in my future.

Well, maybe not just yet.

The Most Valuable Lesson of My Life

A couple of more months went by, and I was earning a decent wage. Especially when you consider that less than a year before I was making no money.

We were still not saving any money, and interestingly enough, our expenses shot up just as quickly as our income had. Before we knew it, we were living paycheck to paycheck, and we didn’t feel all that much different. You see, we were in this consumer trap. We were buying a lot of things that we didn’t need. Quite a few of those purchases were short-lived pleasures like going out to eat (regularly), going to the movies, and buying gadgets that promised to make us happy – it didn’t.

If you don’t have a handle on your expenses and money, you can quickly start living paycheck to paycheck. No matter how much you’re earning. That is the reason why celebrities incur vast amounts of debt or go bankrupt. But truthfully, that is an article on its own.

Please don’t do what I did. Start saving and investing now.

It’s important to note that I was at my job for less than a year. The side effect of earning three times my salary was a considerable amount of stress and responsibility. So I am happy to report that I wasn’t living lavishly and irresponsible for too long. I am a little glad that I did. It was a very beneficial learning experience. But please. Don’t make the same mistake I did. Start saving and start today.

The main reason why I wish I started saving and investing even when I had little or no money is because of compounding. Known as the eighth wonder of the world, coined by Albert Einstein. Compounding allows your investment to grow at an exponential rate – literally. The one catch?

I am not going to go into the details of how compounding works. If you would like, there are vast amounts of resources and calculators that you can use to get a better idea of the effects of compound interest. Just know that it is pretty incredible.

Building up a savings habit

The second important reason to start saving when you have little money is that you will build up a habit by doing so. I reasoned away investing. I put it off until a later date. Because of this, I never built up a savings habit. Instead, I built up a spending habit.

One will make you a king. The other will keep you a slave.

Suppose you can start saving when you’re young, even if it is an insignificant amount. You will firstly develop a savings habit that will benefit you for the rest of your life. And you will leverage the power of compounding. Both of these concepts can seem pretty dull, especially if you are a bright-eyed youngster looking to experience life. But in the end, it will be worth it. You will have more freedom, more options, and you won’t have to wait until you’re sixty-something to start reaping the rewards of this either.

This site uses Akismet to reduce spam. Learn how your comment data is processed.